Eevee Paradise
Pokebox is a group from Taiwan that makes high quality Pokemon goods. Their products are very sought after among collectors. 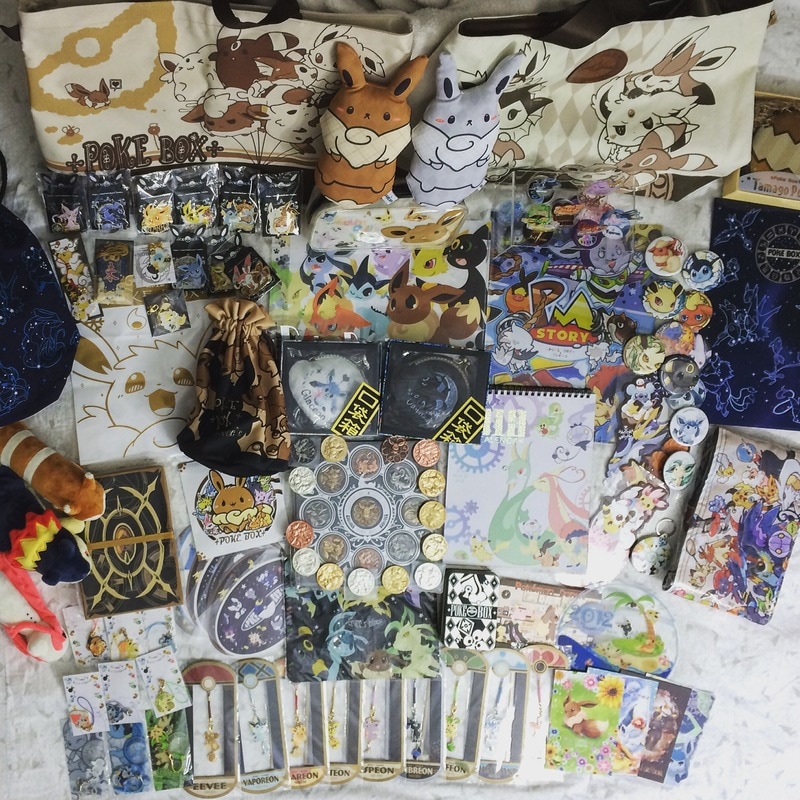 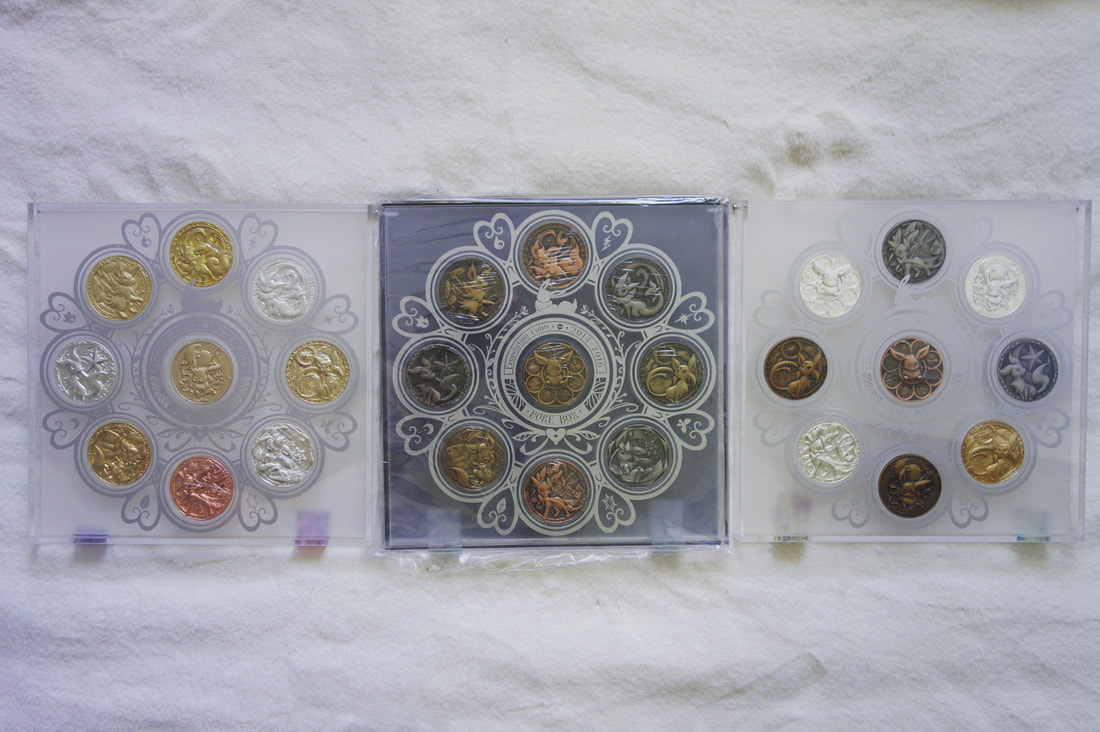 The coins!!! They're the most wanted and rarest Pokebox merch I believe. They were given out as bonus freebies when you spend $50-$100+ purchasing their products. The rarest ones are pink Sylveon, bronze Sylveon, gold Eevee, and 1st edition shiny Espeon Umbreon. Most of the coins are still available at fair price, like non-shiny Leafeon and Glaceon which are the most common ones on market. Eevee got 4 versions, among which the common brownish bronze one has been re-made and is the cheapest. Kanto and Johto vees all have been re-made so the prices have gone down on them. Pokebox didn't make a shiny version Flareon during the original release, and after 5 years, a gold Flareon was finally made in 2019! Ok now onto the display box, I feel so lucky that I purchased 3 of them at original price when they were released!!! They're very very heavy, made of glass and acrylic. These boxes are almost extinct on market today, because no collector would ever want to let them go I guess?
PS. Beware of fake coins!!! The fakes look very similar to the real ones on the front side, but the fakes are very "plain" on the back side, almost 2D instead of 3D look. I hope my explanation is understandable... 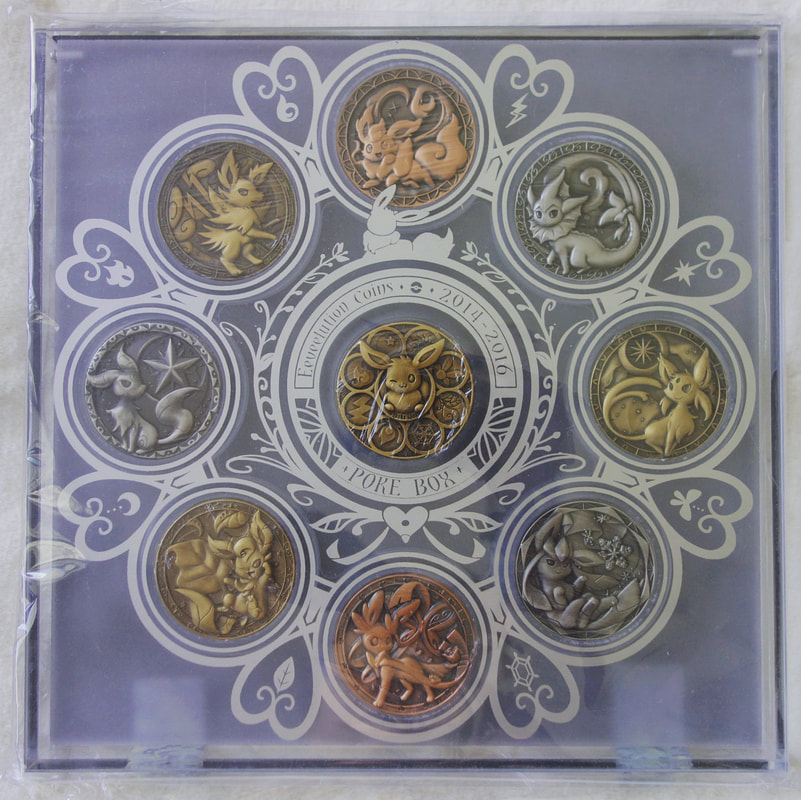 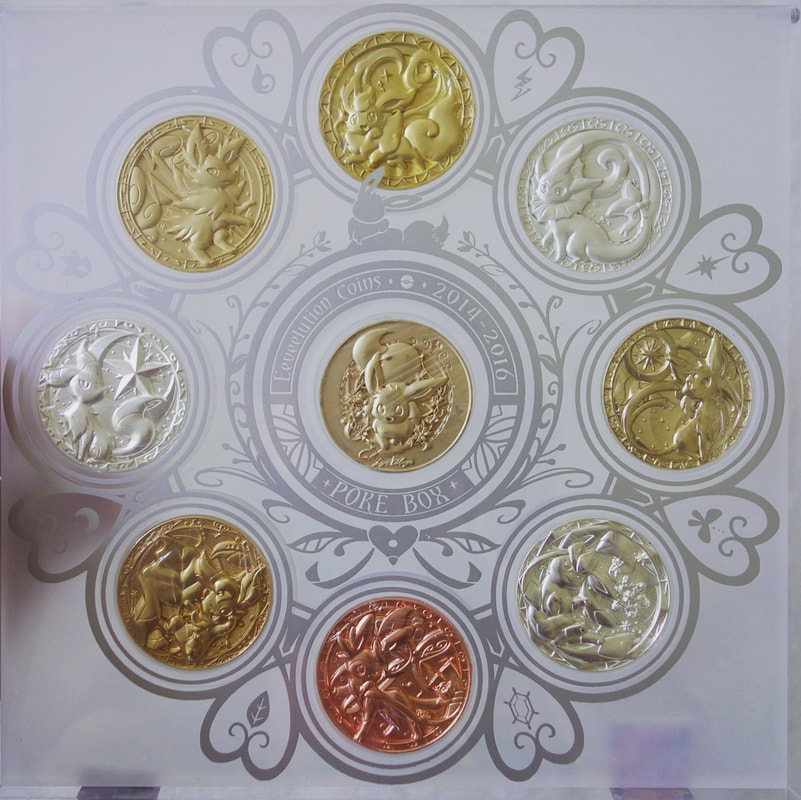 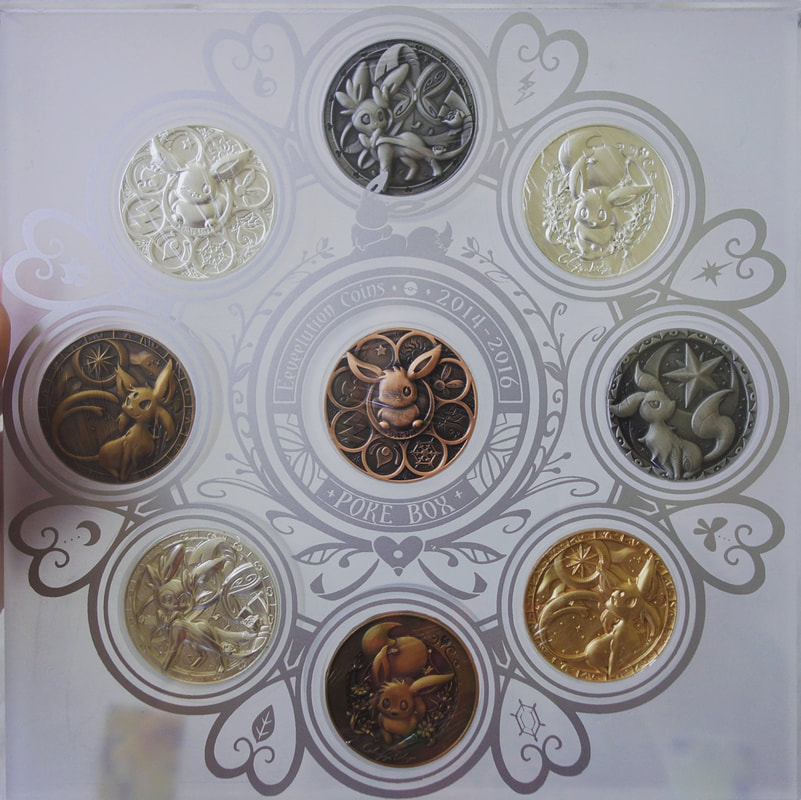 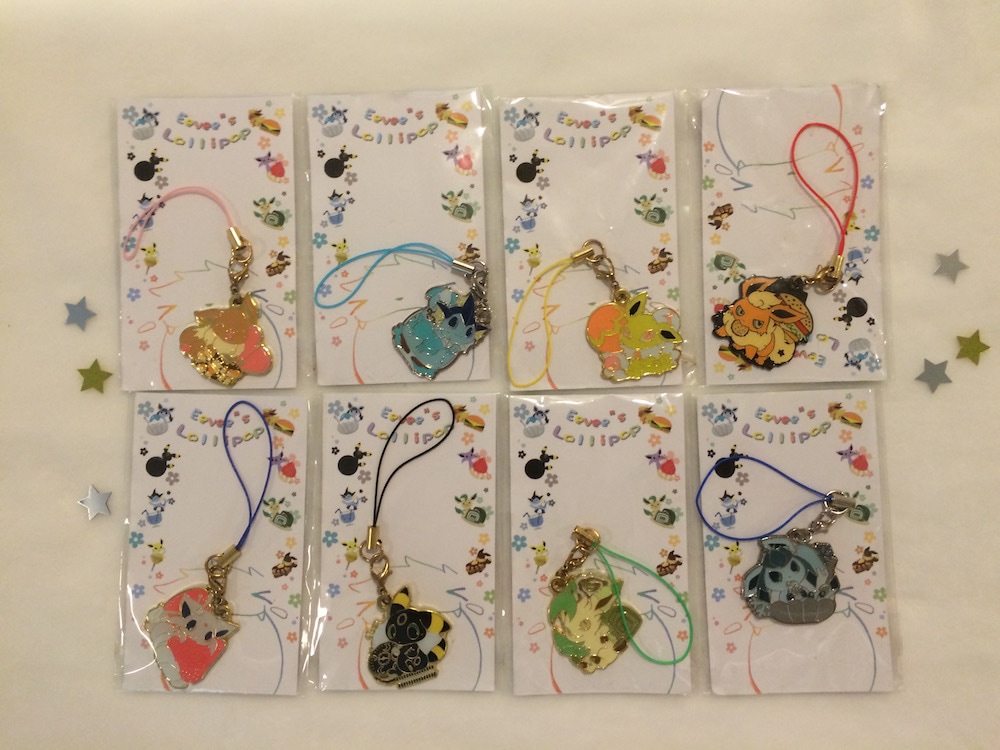 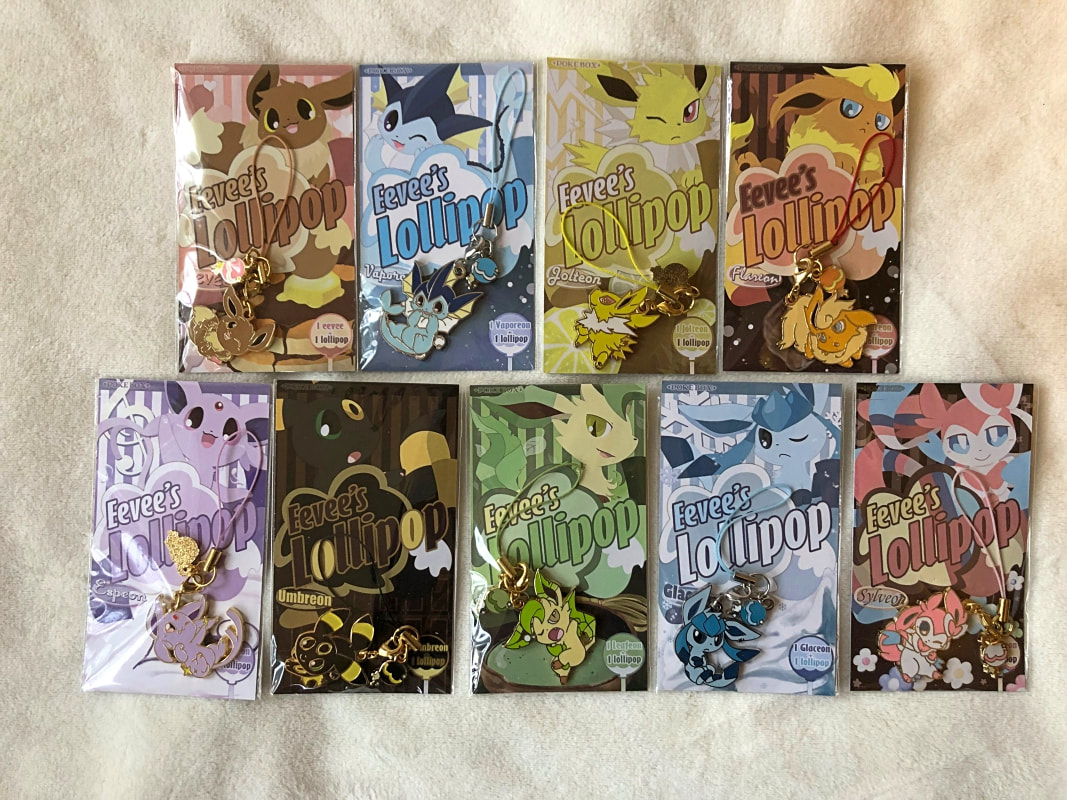 Lollipop charms 2019 re-release (Sylveon is a complete remake, and others have subtle differences) 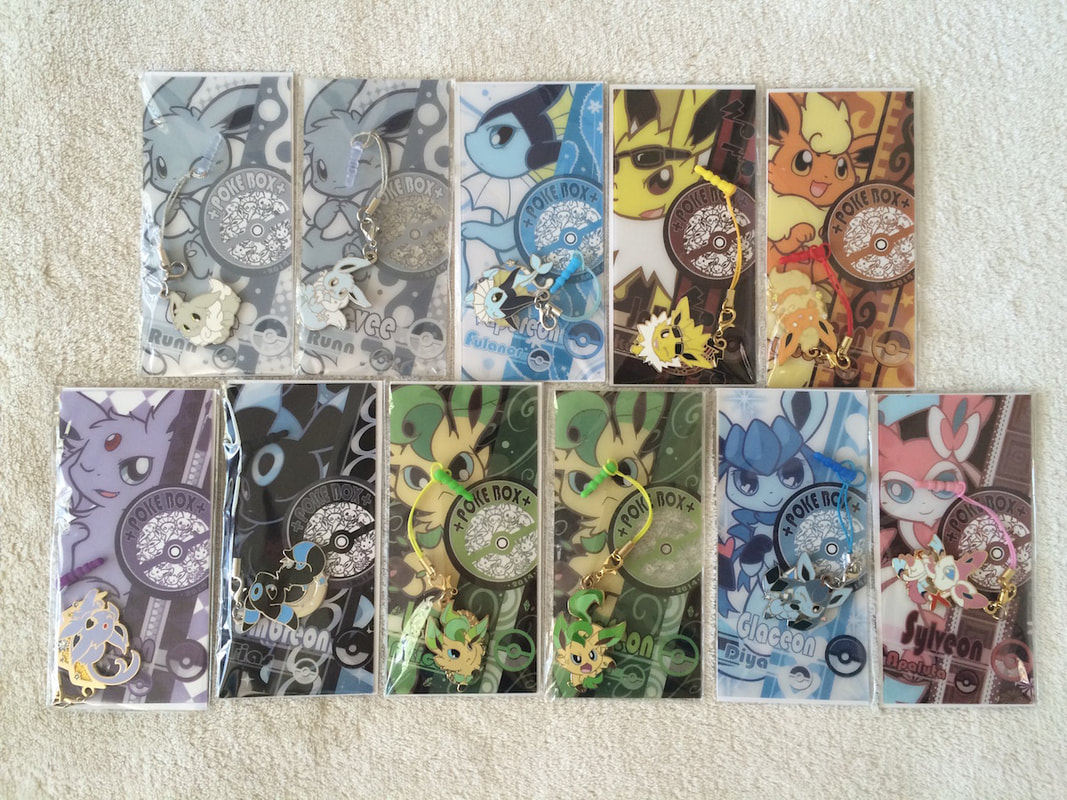 Eeveelution metal charms 2014
​(Eevee and Leafeon in the picture are the 2nd edition, and I still need Glaceon to complete the set T_T)
Update 2017.8: Finally obtained the Glaceon! Almost complete!
Update 2018.4: I lost Espeon during my cross country move last October, and I finally found one for sale this year. I found the 1st edition Eevee and Leafeon too!!! Now the set is finally complete!!!) 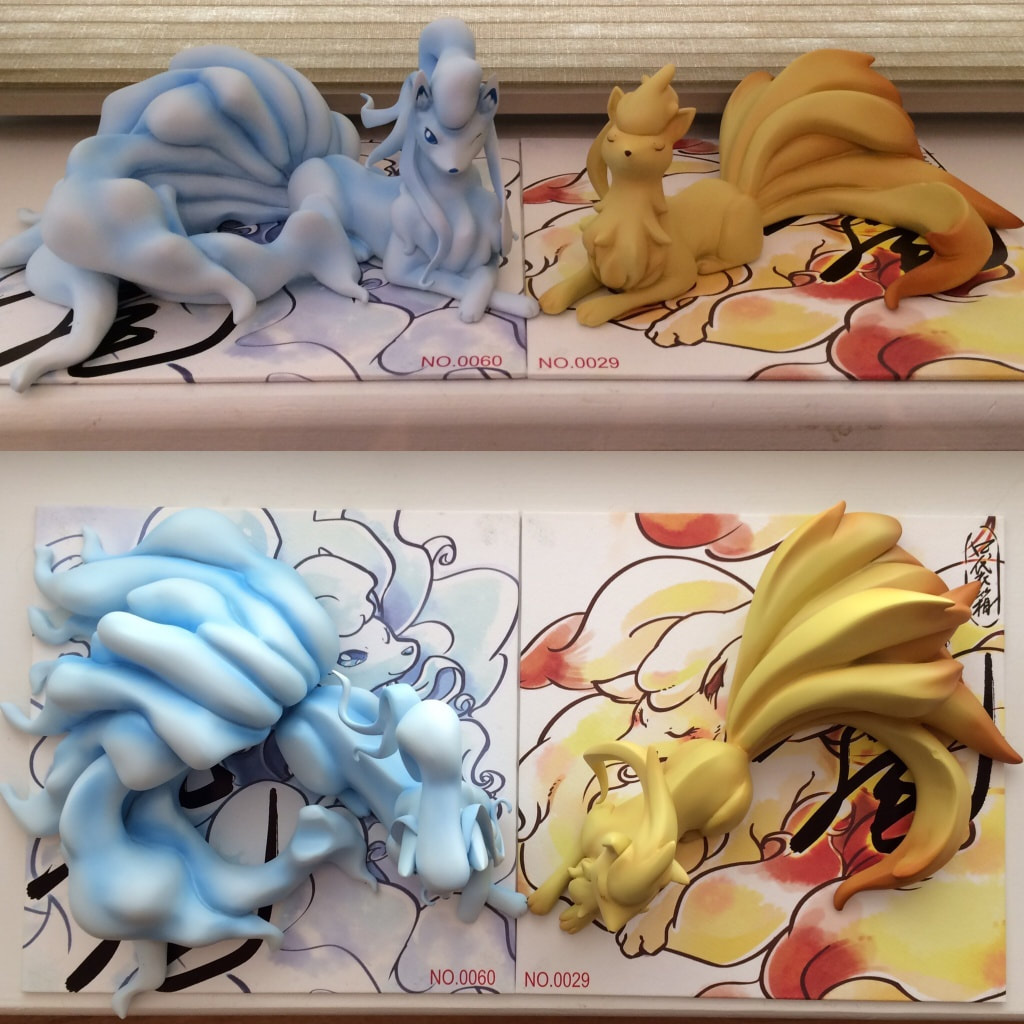 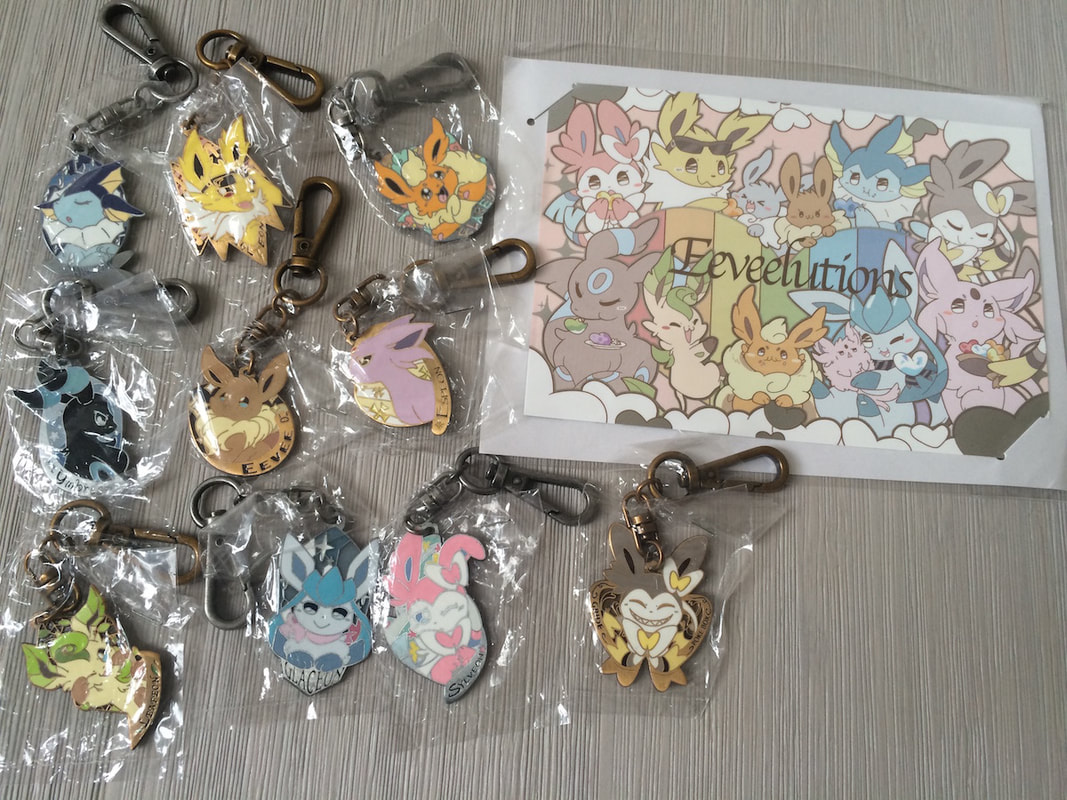 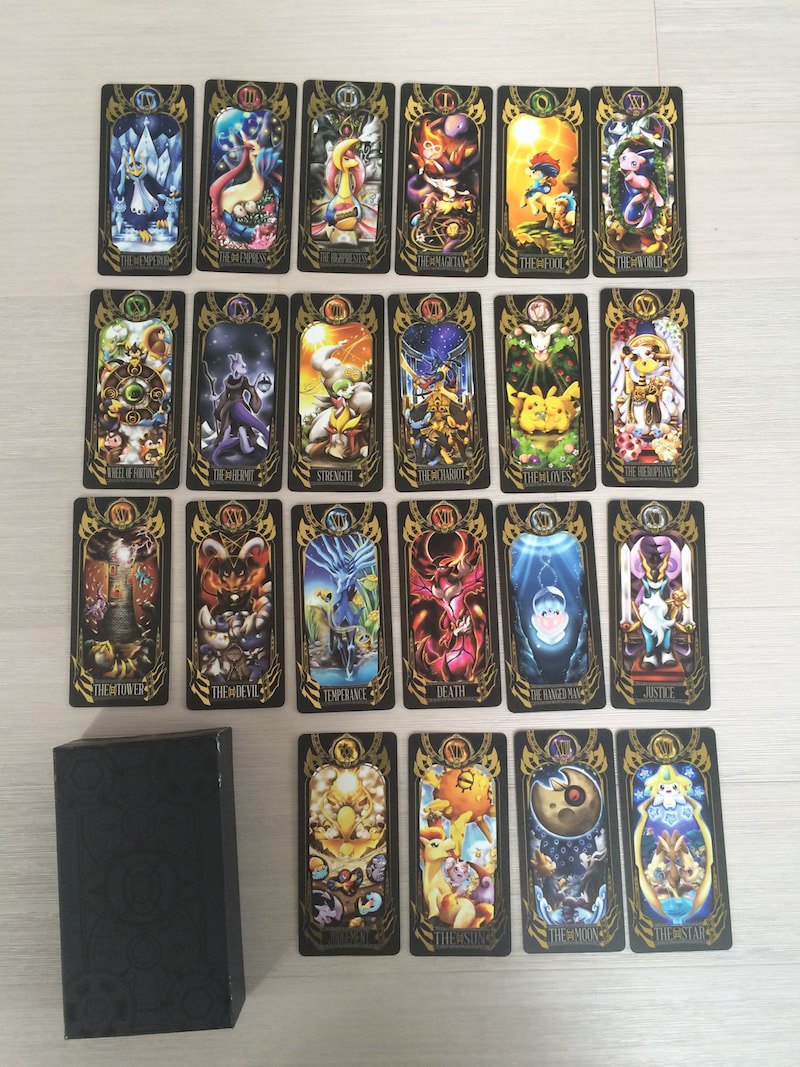 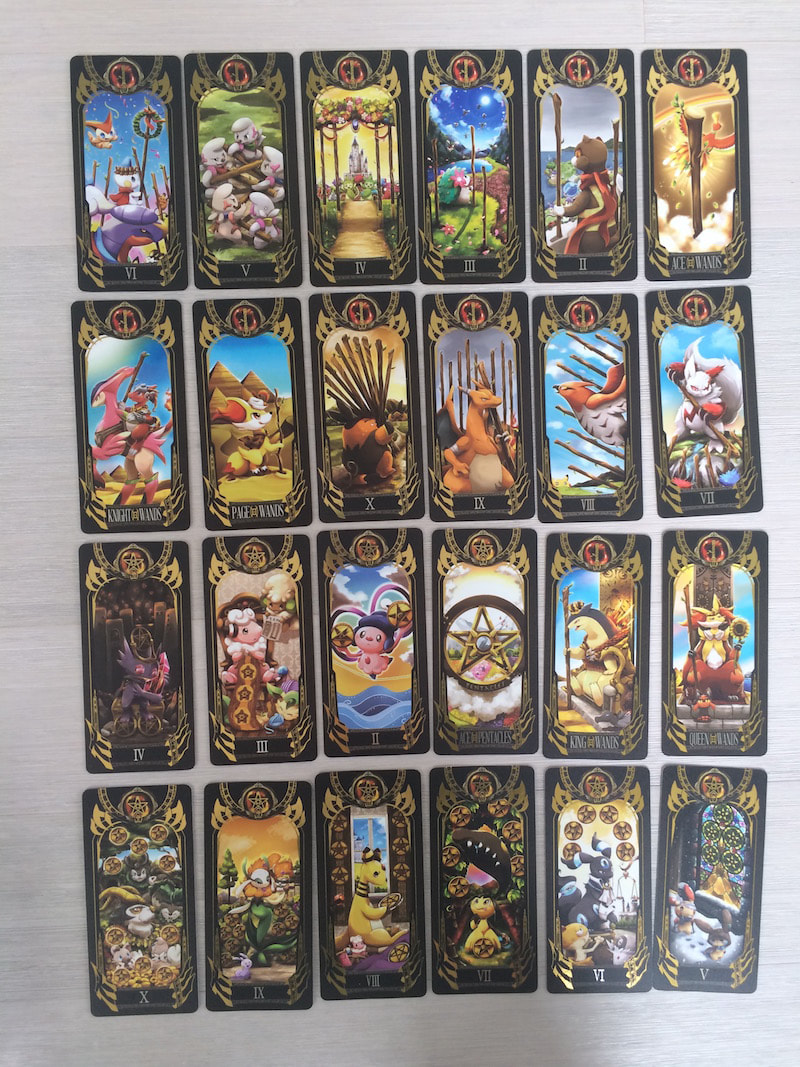 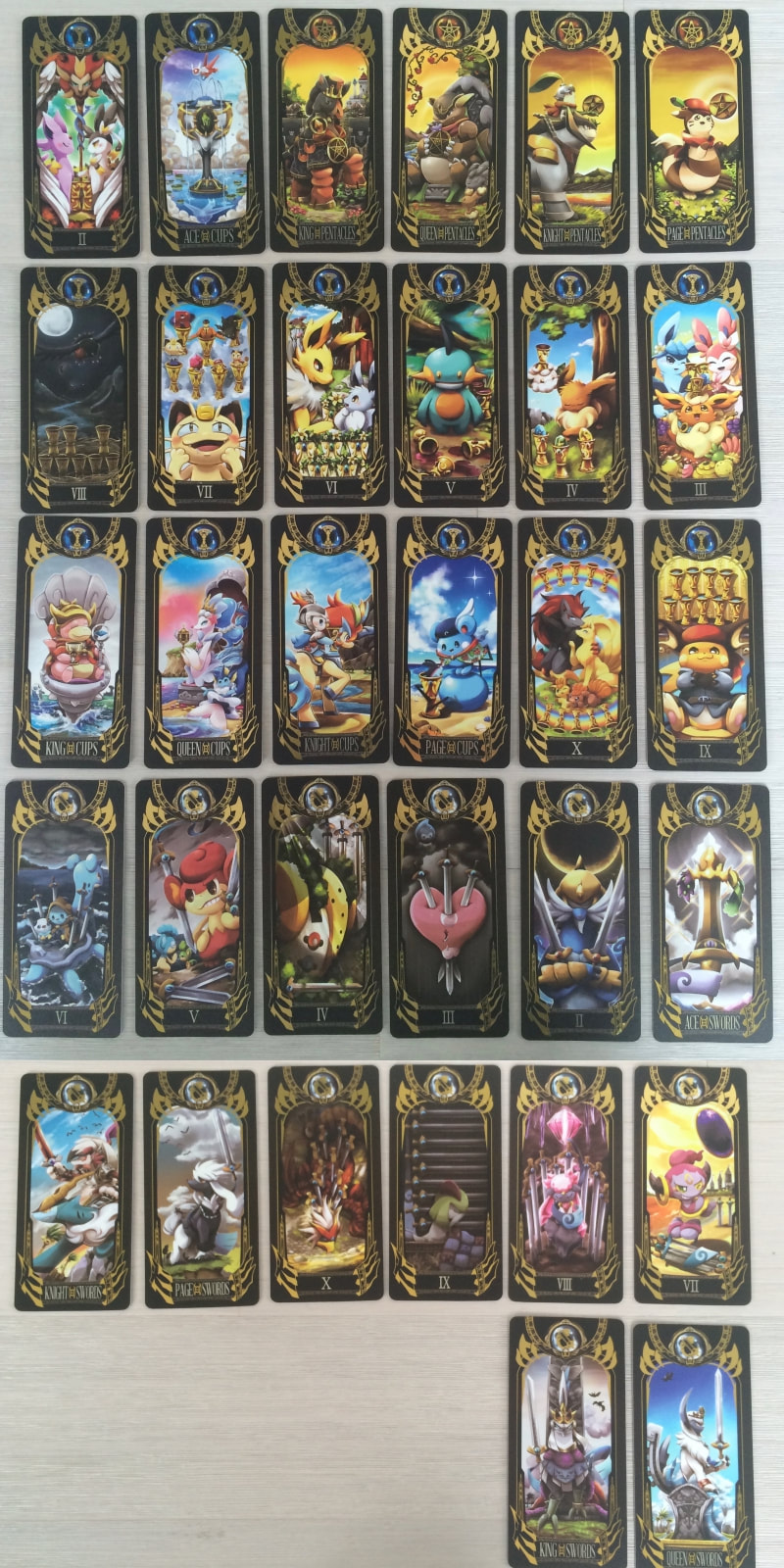 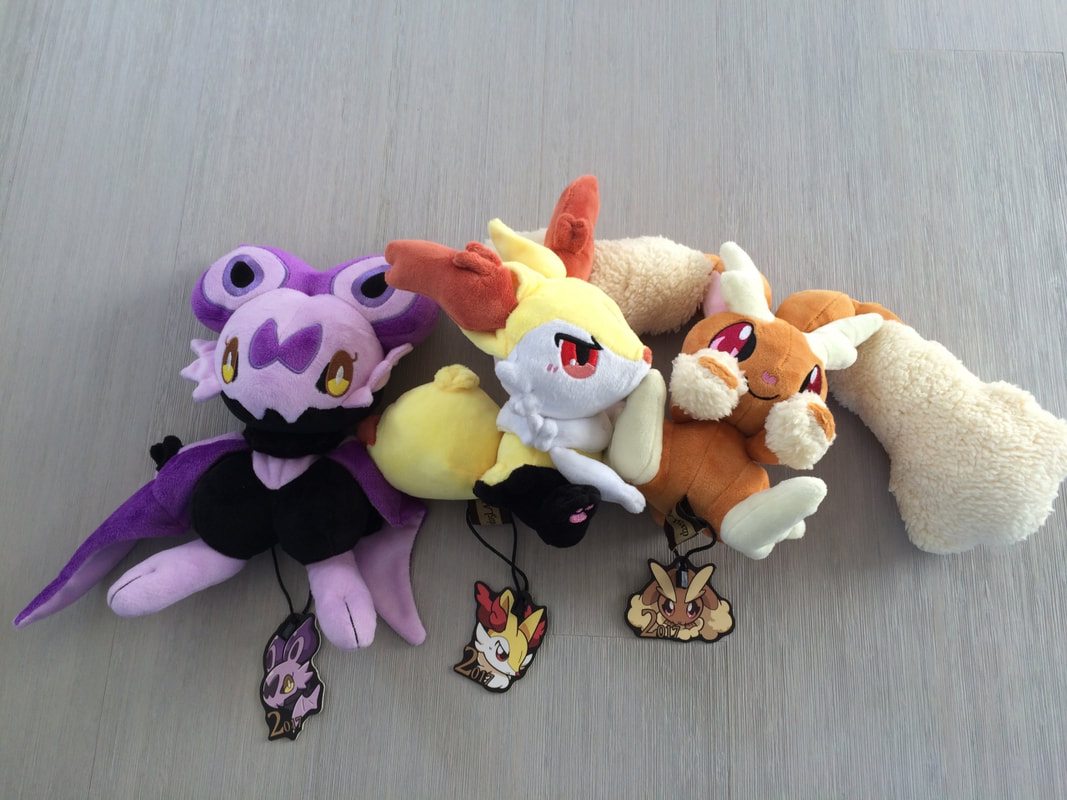 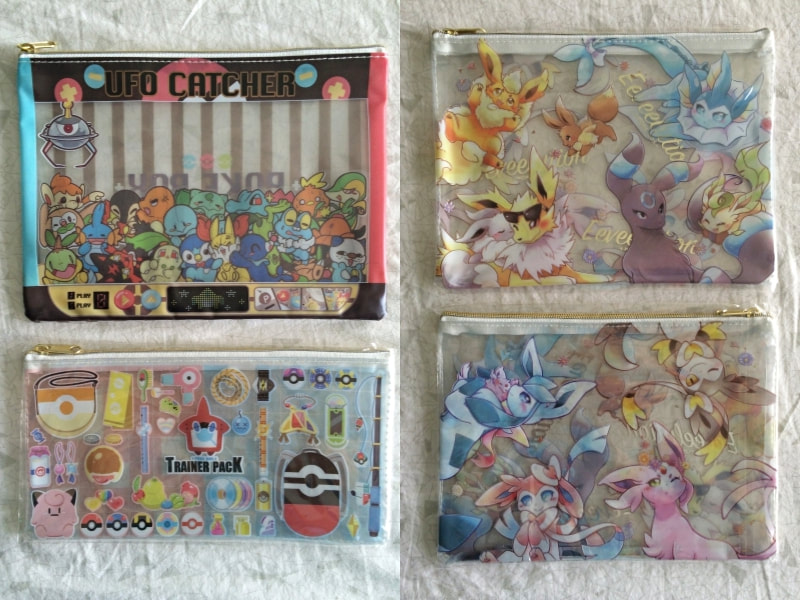 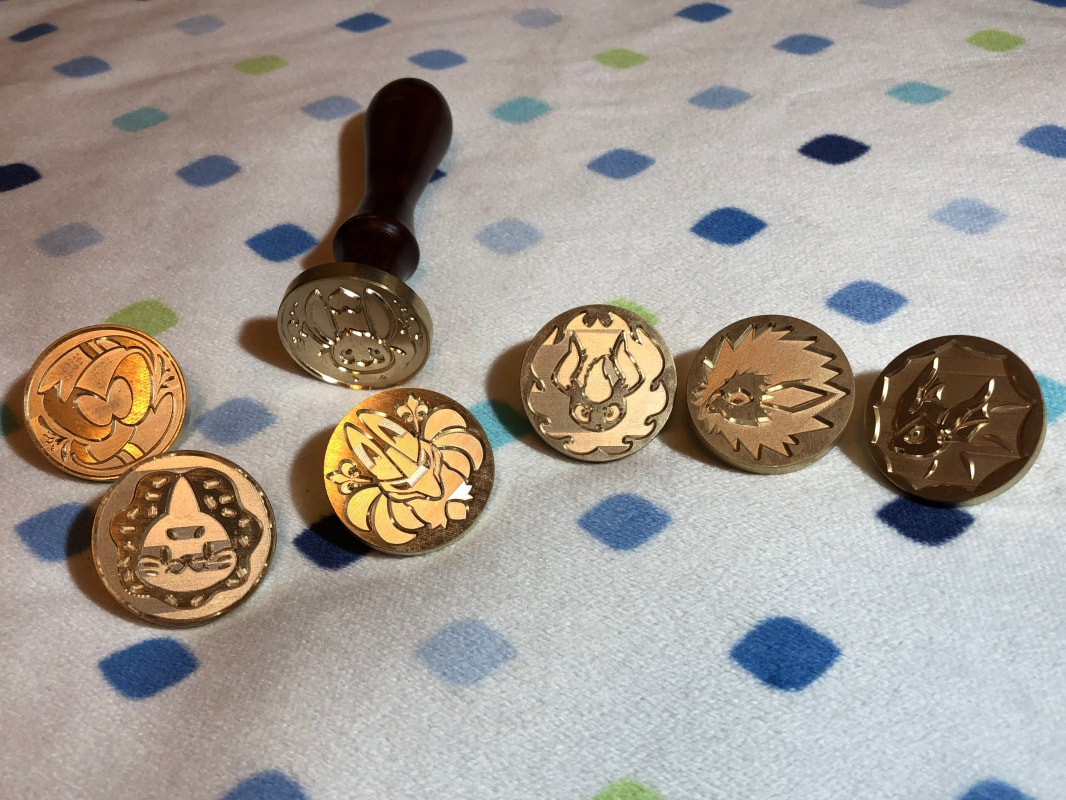