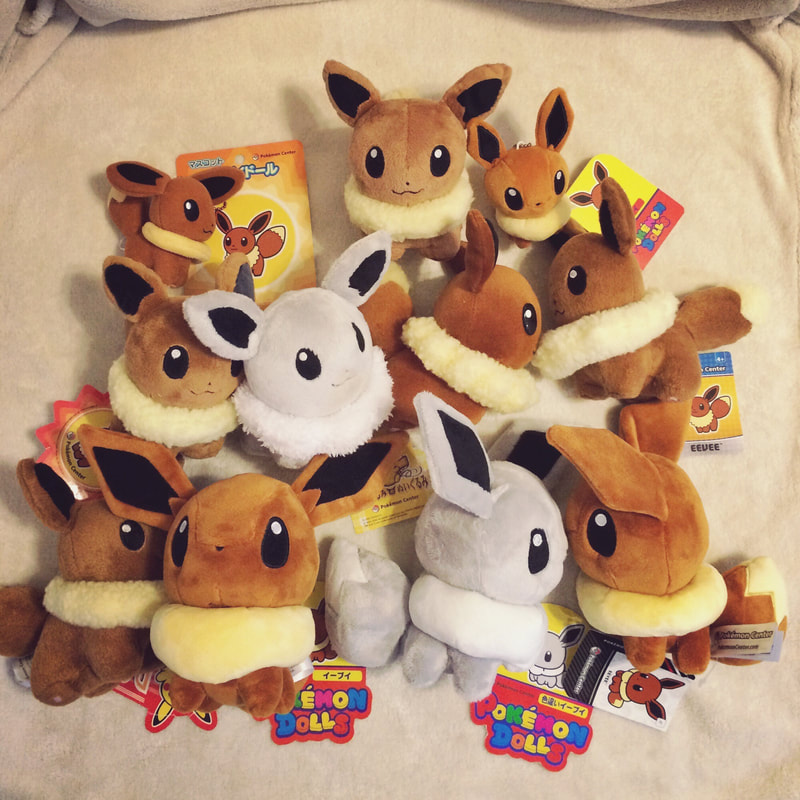 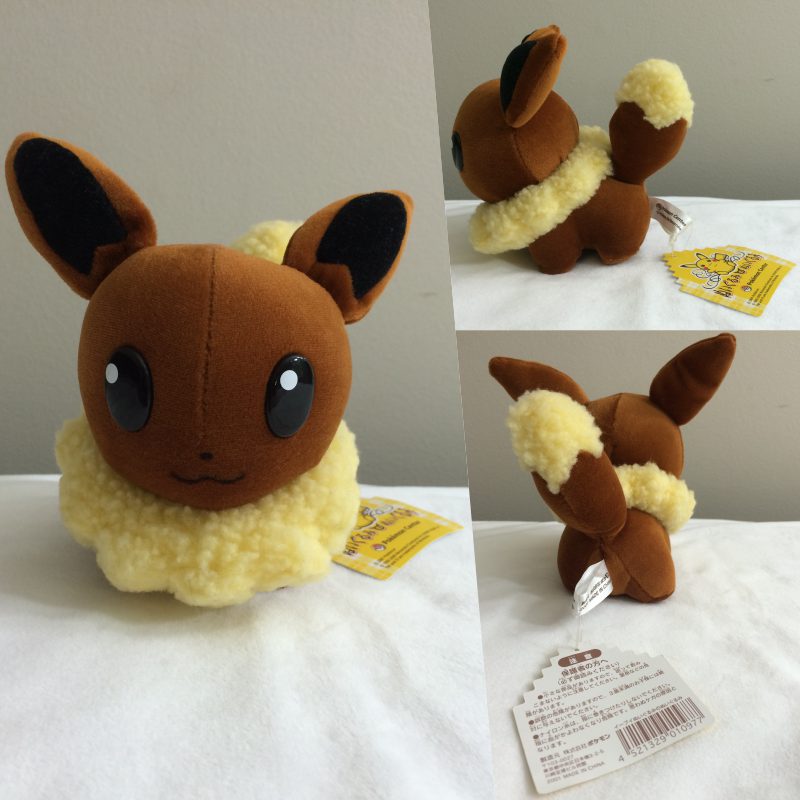 Holy grail finally obtained! I lost it in a bidding war on Y!J twice and couldn't afford the one I saw on ebay. Finally thanks to the great PKMNcollectors group I was able to buy it from a member. It's in very good condition and has the hang tag attached! This is the most expensive piece of Eevee merch I own :)

This one is my previous grail, I feel so lucky to have it in my hand. I really wanted one with box, but they're crazy expensive now.
This plush is made of minky, has super soft neck tuff and a nice big tail. Very high quality. One of my favourite vees for now. 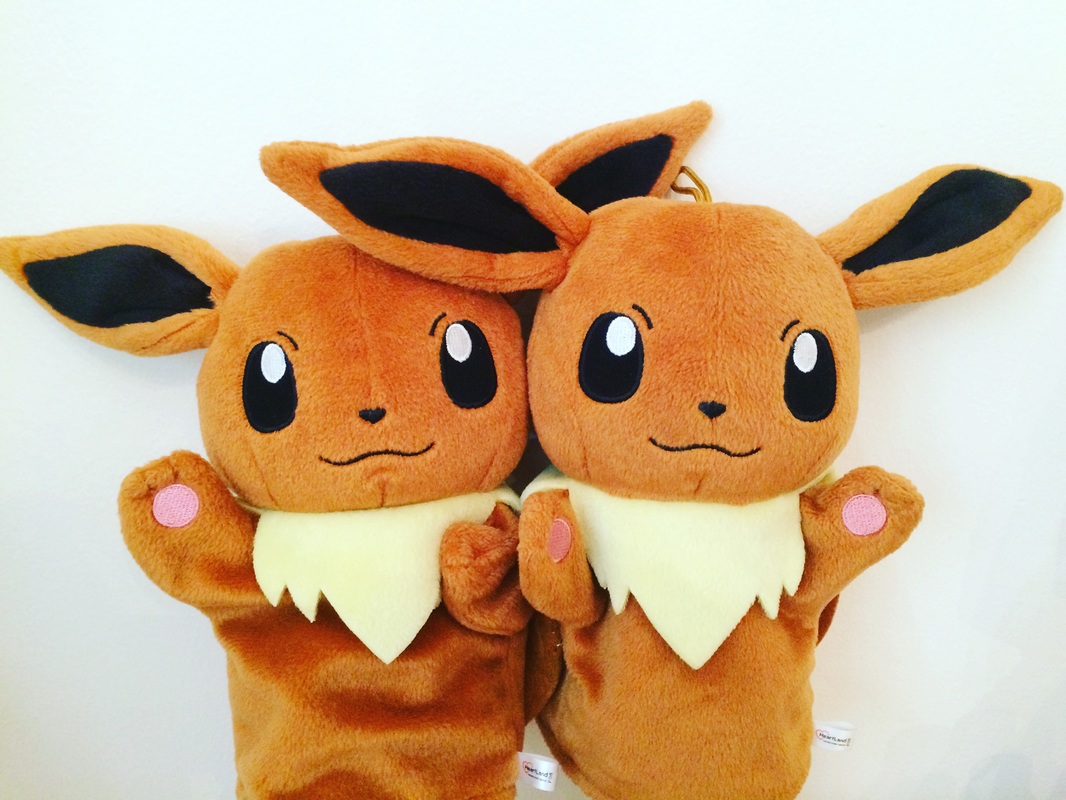 Rare baby. The hugging posture is beyond cute! One of my favourite plush.
My only complaint is that it's neck tuff and tail is completely flat and are tucked to the body, which looks somehow weird.
Updated 7/23/2016: Bought a MWT! Now I have two! 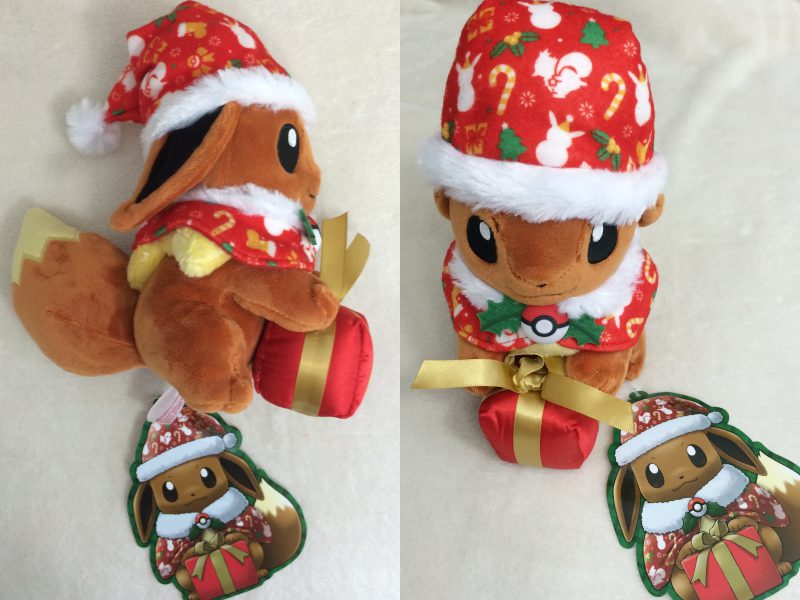 This plush is so much better than last year's Christmas Eevee!
The posture is over adorable!

Arcanine is one of my favorite doggy Pokemon (I like all doggy Pokemon), the poncho is very soft and fluffy. They were only released at Okinawa Pokemon store, so they were kind of pricy. 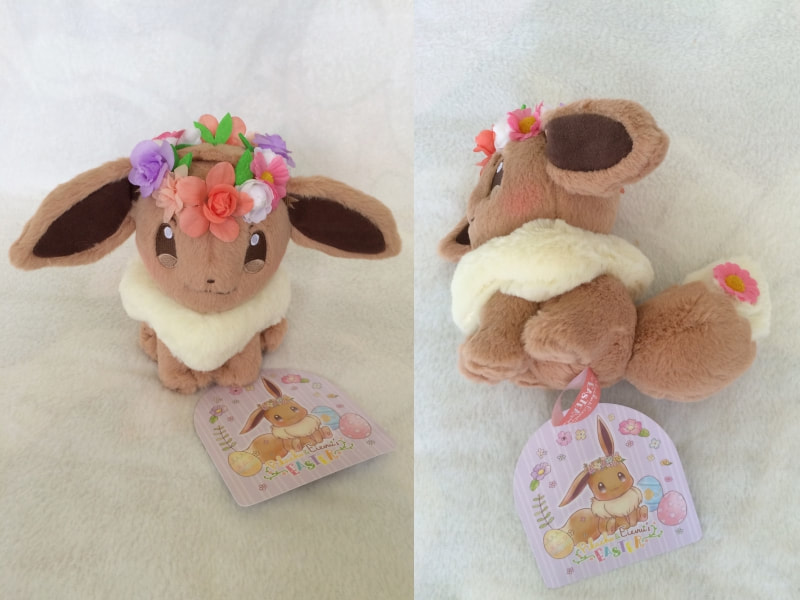 I can't say more, just buy it. It's the cutest. Floppy ears, soft fur, and flowers, and even a pink tush tag. 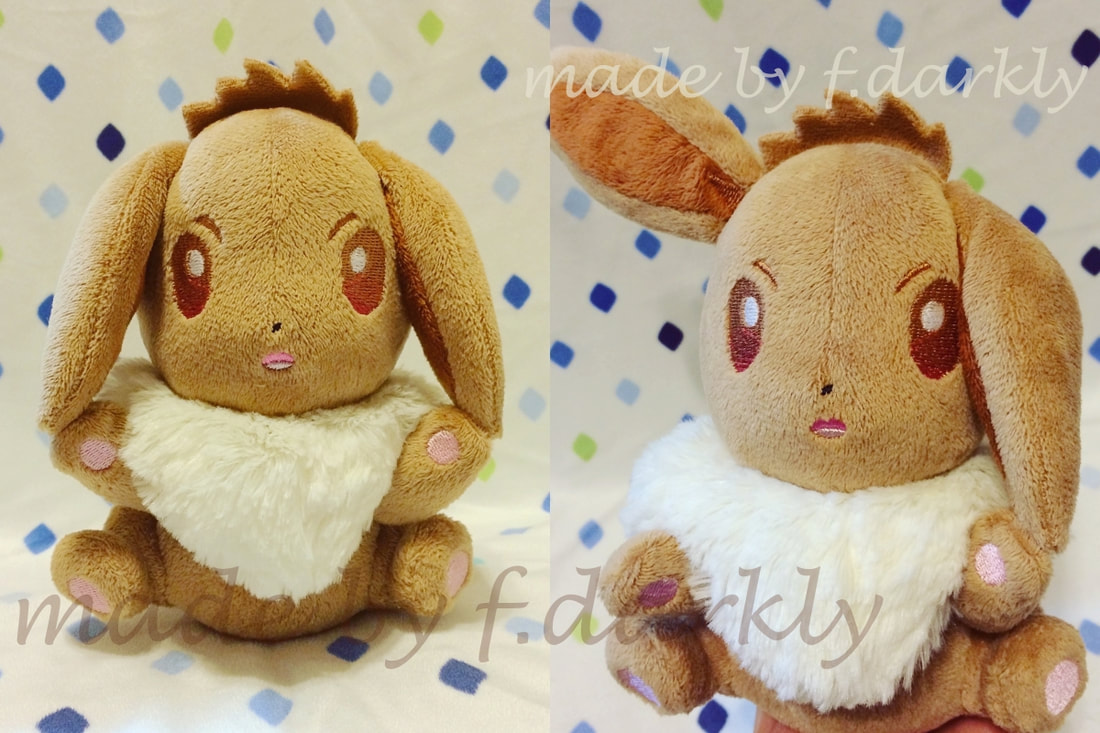 baby eevee magnetic plush (made my me)

I put magnets in baby Eevee's ears and hands, so that it's able to switch between "normal" pose and holding ears pose. I love how it turned out! And I tried gradient embroidery on the eyes, which do not show very well on the picture, but the eyes are very beautiful actually. 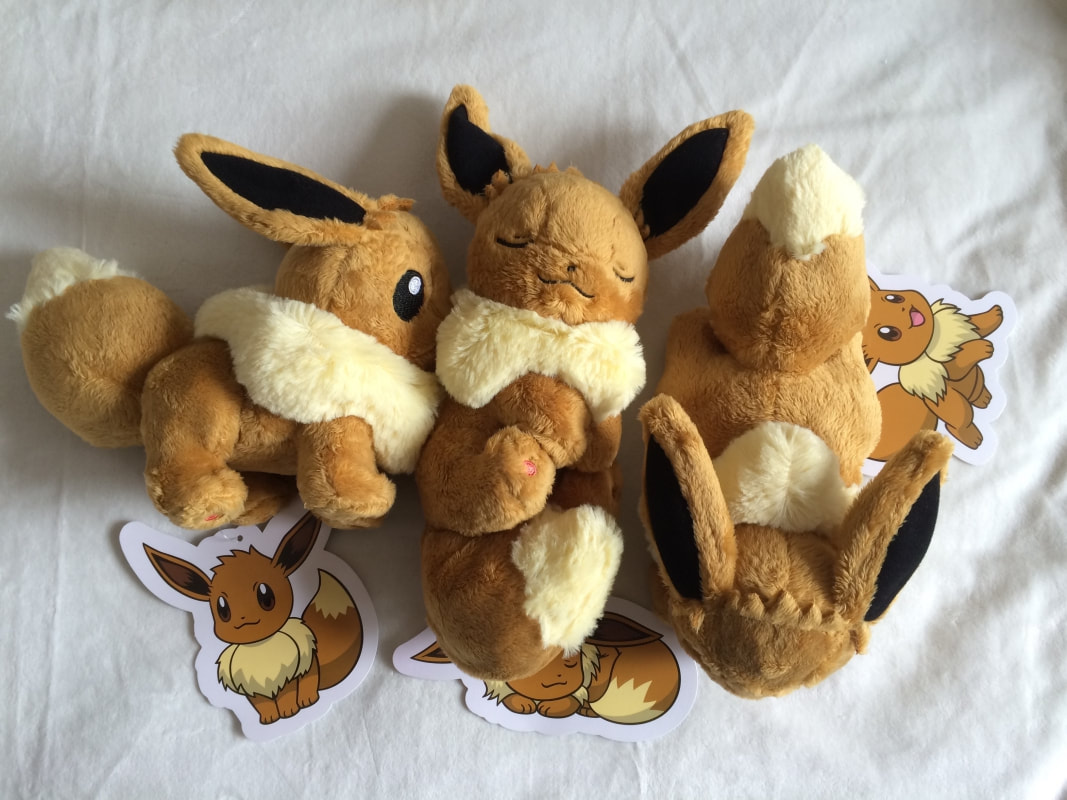 These are becoming my new favorite medium sized Eevee plushes at the moment I received them, especially the sleeping Eevee, it's like a sleeping baby, very cuddly and soft! I wish I had bought multiples because it's sold out online very fast after its release.